Spring in Michigan is a wonderful time when the gray of winter melts away and blue skies, green grass, and colorful flowers return to the state. As temperatures reach the 50s, you’ll see residents – like me! – sporting shorts and flip flops and flocking to local parks to enjoy the outdoors. There’s a lot going on as the state comes back to life. Here are six things to do in Michigan this spring.

The Nain Rouge, French for “red dwarf,” is a legendary creature that has been described in local Detroit lore for centuries. Reported sightings typically precede disasters like the 19th century fire that destroyed much of the city, the surrender during the War of 1812 that handed the city over to the British temporarily, and the 1967 riots.

In recent years on a weekend day in early spring, Detroit residents have banded together to banish the Nain Rouge from the city to prevent disasters from striking in the upcoming year. Participants often dress in costumes  – some in a Mardi Gras style – so that if the Nain Rouge returns the following year, he won’t be able to recognize them to take revenge. There is a lively parade down Cass Avenue in the Midtown Detroit area, followed by a ceremonial burning of the dwarf in effigy. And who knows? Maybe it’s working. Since the first Marche du Nain Rouge in 2010, Detroit has seen steady improvements, new businesses, and a rebounding population. It’s fun. It’s quirky. It’s unlike anything else. Read about this year’s event schedule here. 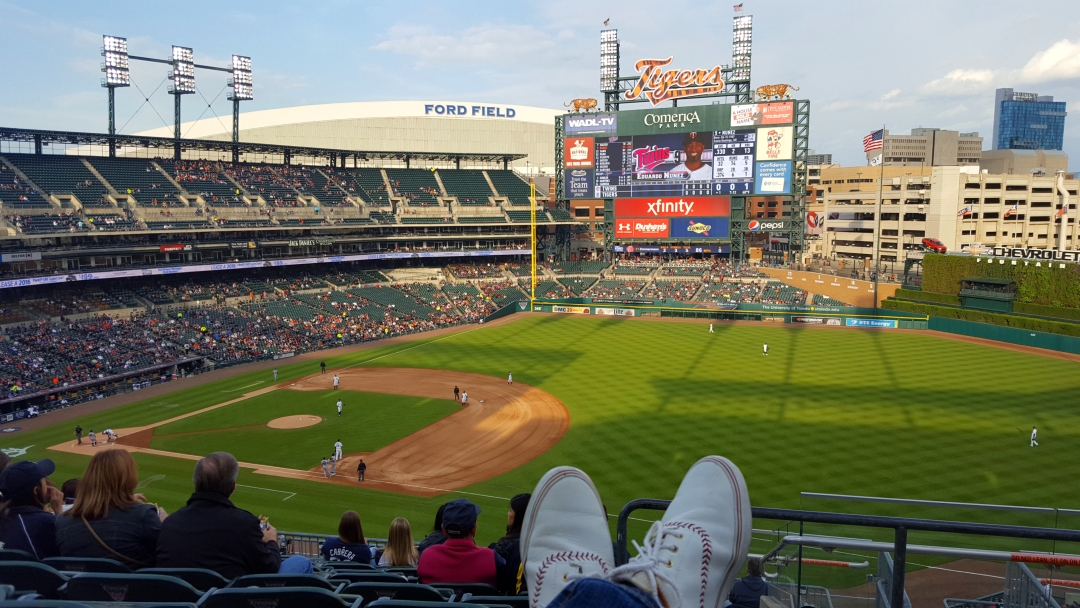 There’s something magical about the start of a new baseball season. Combined with the gradually warming weather and lengthening days, Opening Day in early spring brings a sense of reawakening to the city after a long, cold winter. The return of the ‘boys of summer’ is a sure sign of spring in Detroit. The Tigers haven’t won the World Series since 1984, but that doesn’t stop their faithful fans from throwing a party before the first game of the season. Many co-workers and classmates will be suspiciously absent from offices and schools as playing hooky to attend the game is a time-honored spring tradition for many in the Detroit area.

Bars around Comerica Park pull out all of the stops with live music, parties, and outdoor barbeques. Don’t have a ticket to the game? Don’t let that stop you from joining in the fun. Grand Circus Park hosts a block party sponsored by the local sports radio station which features a projection of the game on a large screen for those fans unable to make it into the stadium. More info about the block party here.

Holland, a small town on the western side of the state, is famous for its Dutch heritage. For two weekends each May, the city comes to life for the Tulip Time festival celebrating its Dutch heritage and famous tulips. Events and attractions are scattered throughout the city and visitors can experience everything from parades and Dutch folk dances to concerts and carnival rides. Food is plentiful and sure to satisfy all diners. You can even tour a working Dutch-style windmill. Amidst all of the fun, don’t forget to take time to enjoy the magnificent tulip gardens the festival is named for. It’s one of my favorite spring activities in Michigan. More information about the festival can be found here.

If you haven’t had enough flowers at Tulip Time, make sure to attend Flower Day at Eastern Market, a large public market in Detroit. The area is fantastic year round, but it especially shines on Flower Day in the spring. Each year on the Sunday after Mother’s Day, Eastern Market is packed with beautiful flowers for shoppers to peruse. This annual tradition, dating back to the 1960s, allows buyers to browse through a large selection and interact with the growers for tips to keep them blooming. Food trucks and live music will also be featured during the event. More info here.

Mackinac Island is a small island located between Michigan’s Upper and Lower Peninsulas in Lake Huron. It’s a spectacular tourist destination that allows visitors to step back in time to an age without motorized vehicles and enjoy the scenery on bikes or in horse-drawn carriages. For ten days in early June, the island celebrates the beautiful lilac trees that bloom during the spring.

Festival highlights include a 10k run/walk as well as a kids’ race, concerts, a parade, wine tastings, and a dog and pony show. Enjoy a carriage tour or explore the island’s natural beauty on your own. Don’t forget to pick up some of the island’s famous fudge while you’re there. Learn more about the Lilac Festival here.

Springtime at the Detroit Zoo

The Detroit Zoo, located in the suburb of Royal Oak, offers great animal encounters year-round. It really shines during the spring, as I’ve found that the animal are  at their most active during this time of year. While many of the animals prefer to rest during the hot summer days, cooler spring weather offers the perfect opportunity to see them actively exploring their habitats.

The Detroit zoo offers several events and lectures throughout the spring as well. There is an Earth Day celebration called GreenFest, which features crafts, zookeeper talks, and a community art project. The zoo also offers guests discounted admission if they bring a cell phone to recycle that day. Adults will also enjoy the Zoo Brew event in May, which gives guests over the age of 21 access to the zoo until twilight hours, as well as live music and samples of beer from Michigan craft breweries. The Mother’s Day brunch at the zoo is another great spring activity.

What are your favorite things to do during the spring in Michigan? Did I miss something that should be on the list? Let me know in the comments.

Don’t forget to save this post about spring in Michigan for later! 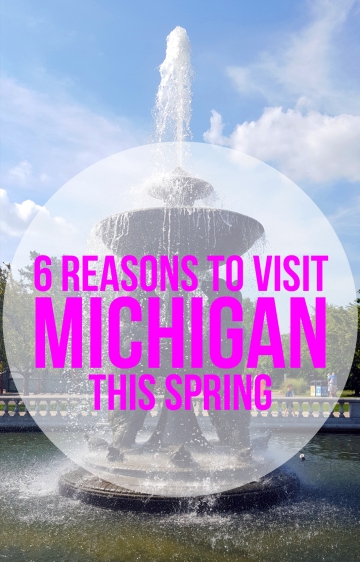