Is the Paris Museum Pass Worth it? Opinions on the value of city passes vary widely, with some people viewing them as tourist scams and others seeing them as huge savings. When I was planning my visit to Paris, I did a lot of research to find out if the Paris passes were worth it and decided that the two-day Paris museum pass offered more for our money. The transportation, cruise, and Eiffel Tower add-ons that come with the Paris city passes for sale didn’t provide the same value as the museum passes alone did based on our travel plans.

View from the top of Notre Dame

Are they right for you?

The potential value of the passes depends a lot on the way you like to travel and how you plan your itinerary. I’m a go-getter who’d be out the door first thing in the morning and going non-stop until everything closes if it were left to me. I’ll happily pack in four or five attractions in a single day. The museum passes are ideally suited to someone with my touring style because I can hit a bunch of locations in the same day for way less money than I would’ve spent otherwise. If you’re into slow travel and spending leisurely afternoons at cafes, the Paris museum pass probably isn’t for you.

The chief argument I see against the Paris museum passes is the fact that no one will ever be able to visit all of the locations in that amount of time. And that’s true, at least if you want to have a meaningful visit. Sure, you could probably visit all of the sites for five minutes if you wanted to, but that would be kind of pointless because you’d be running from one to the next, showing your pass, snapping a picture, and then moving on. You can, however, have a good visit by selecting the top places you want to see and visiting a few each day.

The key to determining whether the Paris Museum Pass is worth it or not is to pick out the places you want to visit and decide how much time you want to dedicate to them. If you plan on devoting an entire day to the Louvre, the Paris Museum Pass probably isnn’t a good value for you. If you’re content with seeing the highlights of the Louvre over the course of 2-3 hours and moving on to something else, the pass might work out well for you. If you’re going to be in Paris for a week and want to take your time just soaking up the atmosphere instead of running from attraction to attraction, the pass probably won’t work out in your favor. On the other hand, if you’re like us, and only had about three days in town, the passes are ideal. 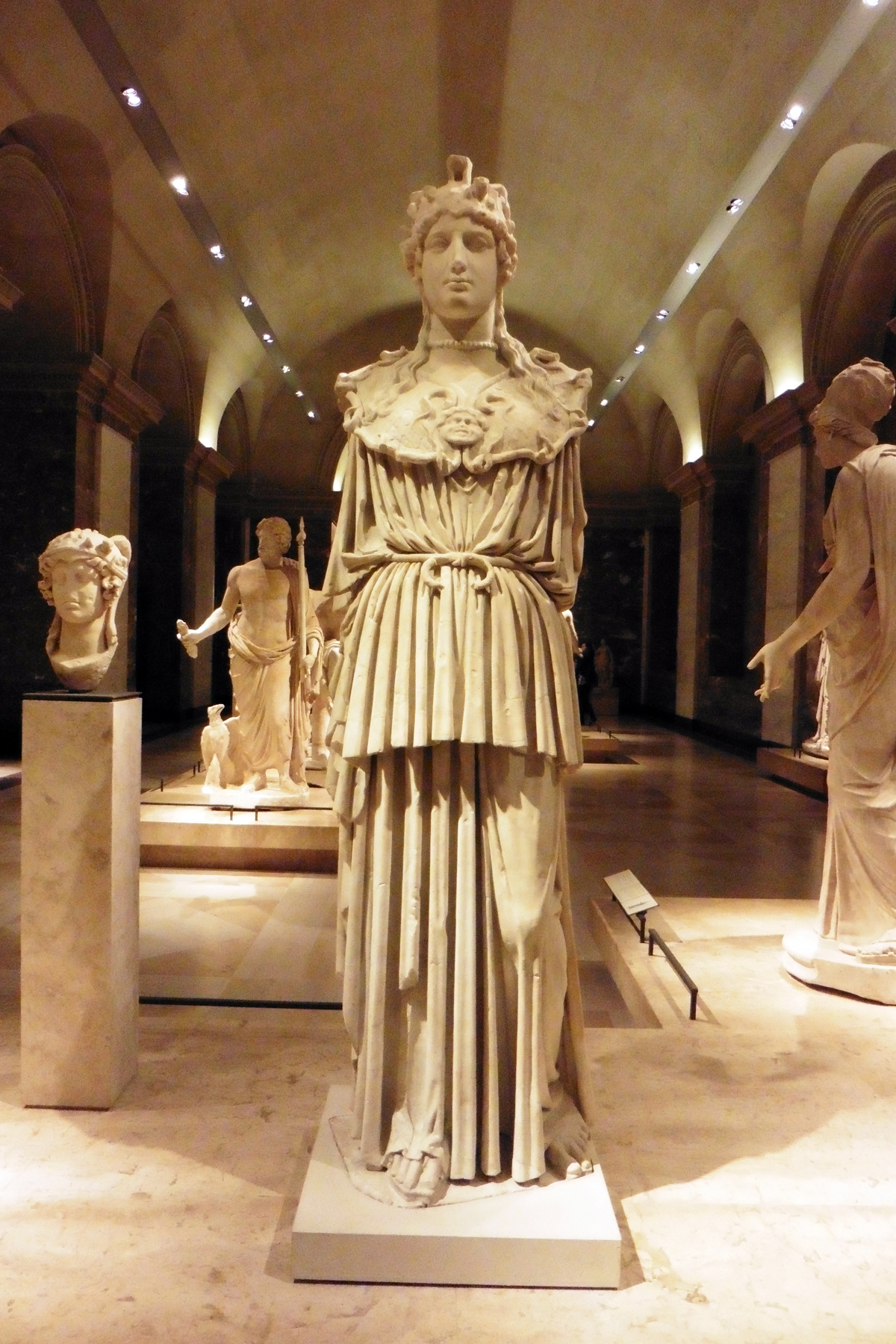 You can’t go to Paris without visiting the Louvre.

Calculating the value of the Paris Museum Pass

We paid 48 euros/person for our 2-day Paris Museum passes, and I felt that we got a lot of value for our money. 4-day museum passes are available for 64 euros and 6-day passes cost 72 euros each. You can view the full list of attractions that the museum passes cover here and we used that as a basis for deciding whether or not to buy them. We made a list of our top places to see in Paris and came up with: Versailles, the Louvre, the Musee d’Orsay, the Arc de Triomphe, Notre Dame, the Pantheon, and Sainte Chappelle. We paid separately for our tickets to the top of the Eiffel Tower (the Paris city pass includes an Eiffel Tower visit, but you need to pay extra for the elevator to the top, which we wanted to do), our river cruise (we paid for a nicer one that included drinks and crepes) and transit passes (we wanted ones that covered different zones because of our itinerary).

If we had paid for admission to all of these places, we would’ve spent 82 euros per person. We saved 34 euros each, which was more than 40% savings, by using the  Paris Museum Pass. Granted, we probably wouldn’t have climbed to the top of the Arc de Triomphe if it hadn’t been included in the passes, but even subtracting those 8 euros, we’d still come out ahead. Having the passes freed us from the “is it really worth 8 euros?” debate and we just went for it with no hesitation, and I’m glad we did.

We managed to fit Versailles, Notre Dame, the Louvre, and the Arc de Triomphe in on day one and then did the Pantheon, Sainte Chappelle, and the Orsay on day two.  Read about how we managed that in my 3-day Paris itinerary post. Both days were very manageable time-wise, although we didn’t spend as much time at Versailles as we would’ve in nicer weather. Notre Dame could easily have been done on day two, as we walked right past it on the way to Sainte Chappelle and we had plenty of time for leisurely meals that day.

The upper level of Sainte Chapelle is a must-see.

The other great benefit of buying the Paris Museum Passes was that we didn’t have to stand in a single ticket line the whole trip. We ordered our passes online beforehand and they were mailed to us at home, so all we had to do was walk right up to the entrance at our first attraction to activate them. Visiting in the off-season meant that the lines were shorter, but it still saved us close to an hour of time over the course of our two days.

When deciding whether or not to purchase the Paris Museum Pass, it’s best to do your research beforehand and take into account your travel style – you know yourself and your group better than anyone else. The passes can be a great value if you want to see a lot in a short amount of time, but lose their appeal on a slower paced trip. Even if you do the math and find out that you’d only break even or come out a few euros short, they add the time savings of not having to stand in lines, which I think provides value in and of itself.

Read more about our trip to Paris: 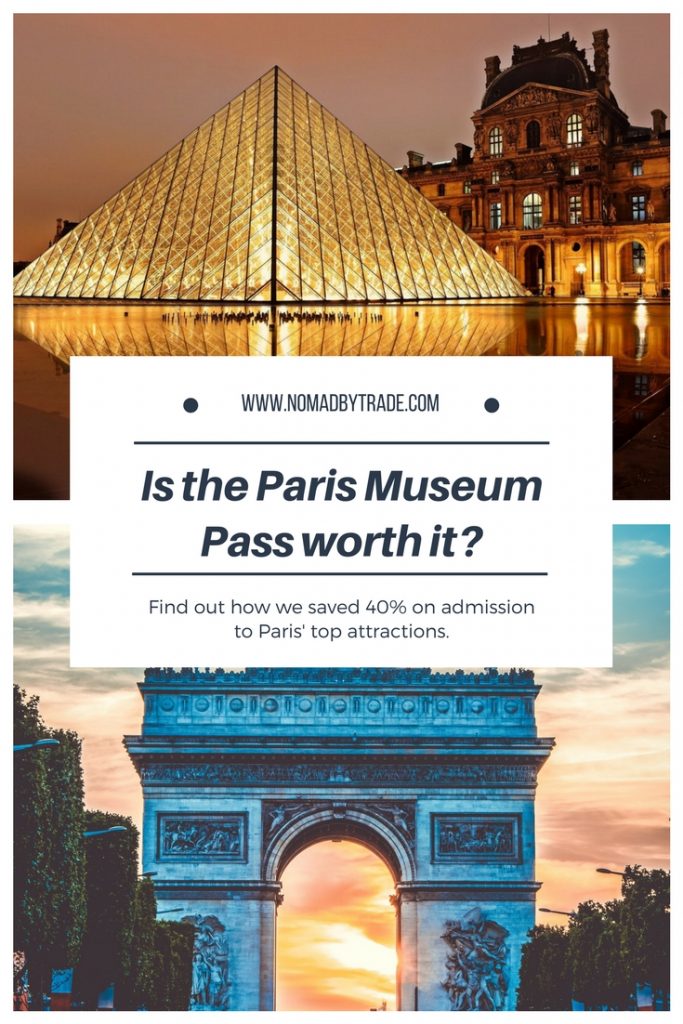 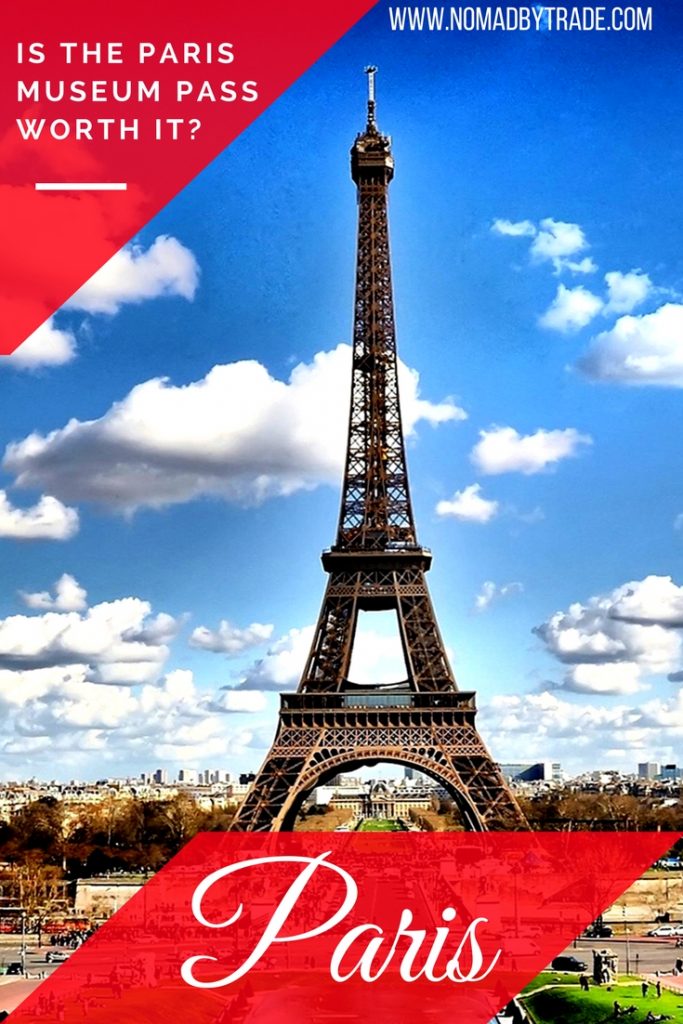 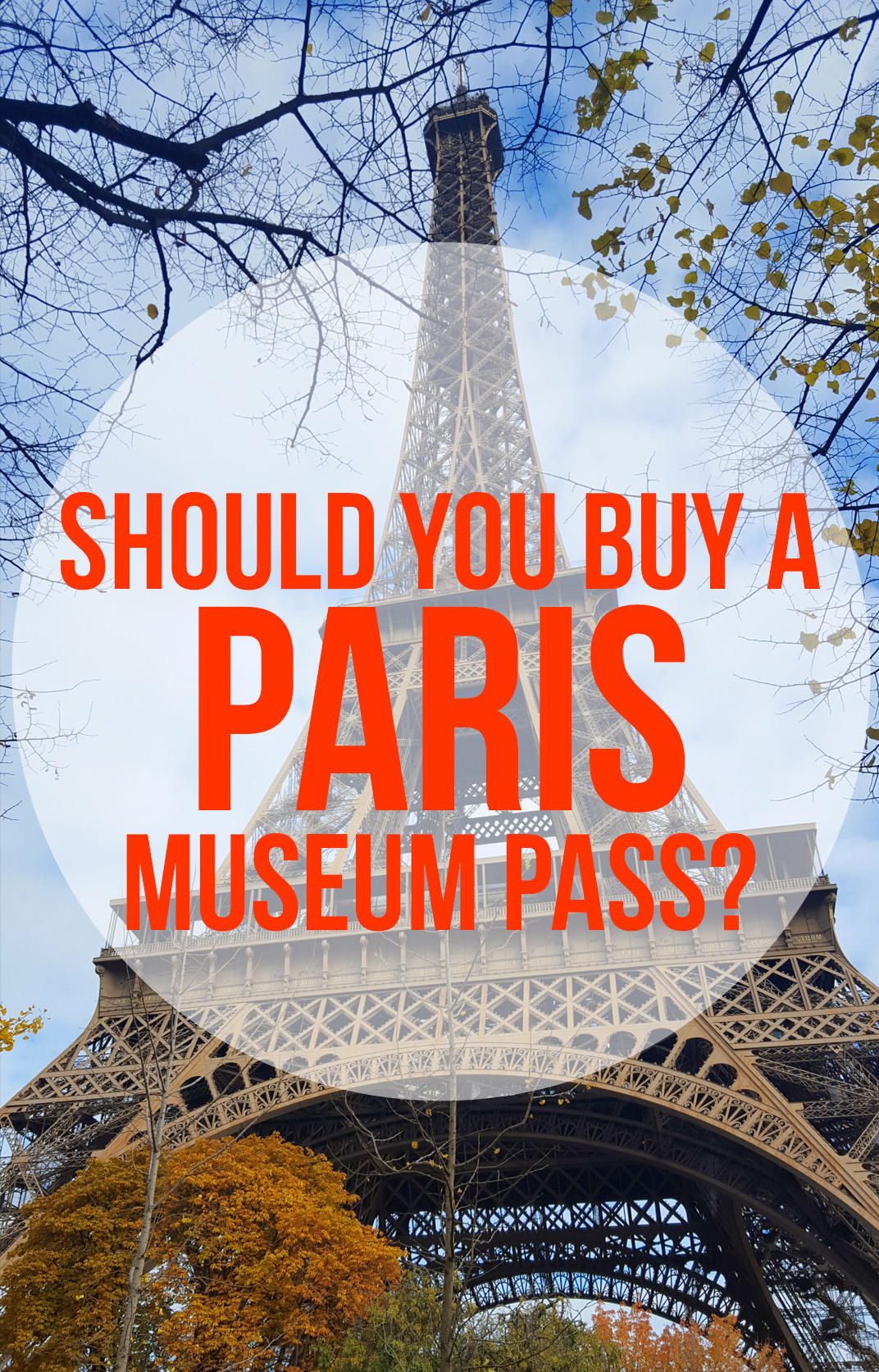