What to See at the Musei Capitolini in Rome The Musei Capitolini offers a fantastic gallery of artwork and artifacts right in the heart of ancient Rome. If the collection isn’t enough to amaze you, the buildings themselves are worthy of exploration, as they’re intricately detailed and certain areas show off the blend between ancient Rome and more modern construction as old ruins were uncovered during excavations to expand the galleries.

If that’s not enough to convince you to visit, the museum has a significant historical significance: it’s considered to be one of the oldest museums in the world, having been gifted to the people of Rome by the Pope in 1471. The layout of the unusually-shaped square was designed by Michaelangelo (the artist, not the Ninja Turtle), who also contributed one of the most famous works of art nearby – The Sistine Chapel’s ceiling.

Note: I received free admission to the Musei Capitolini thanks to a 72-hour Roma Pass provided by the tourism board. All opinions are my own. For more information on the Roma Pass or visiting Rome, check out the Tourism Board’s website. You can also contact them on Facebook or via phone at 0039 060608.

What to see at the Musei Capitolini

Ok, so this isn’t necessarily a true part of the museum, but the balcony overlooking the Forum was my favorite part. I happened to hit it right at sunset and the pink glow over the field of ancient ruins was the perfect way to cap off my first evening in Rome. To get here, you have to go all the way down to the lowest level that connects the two sides of the piazza and then take the stairs kind of in the middle. There are signs for the terrace. To really enjoy the view, head to the right – most people stayed at the first opening that you walk straight towards as you approach. I went a few openings over and had the area to myself for a much more peaceful view. 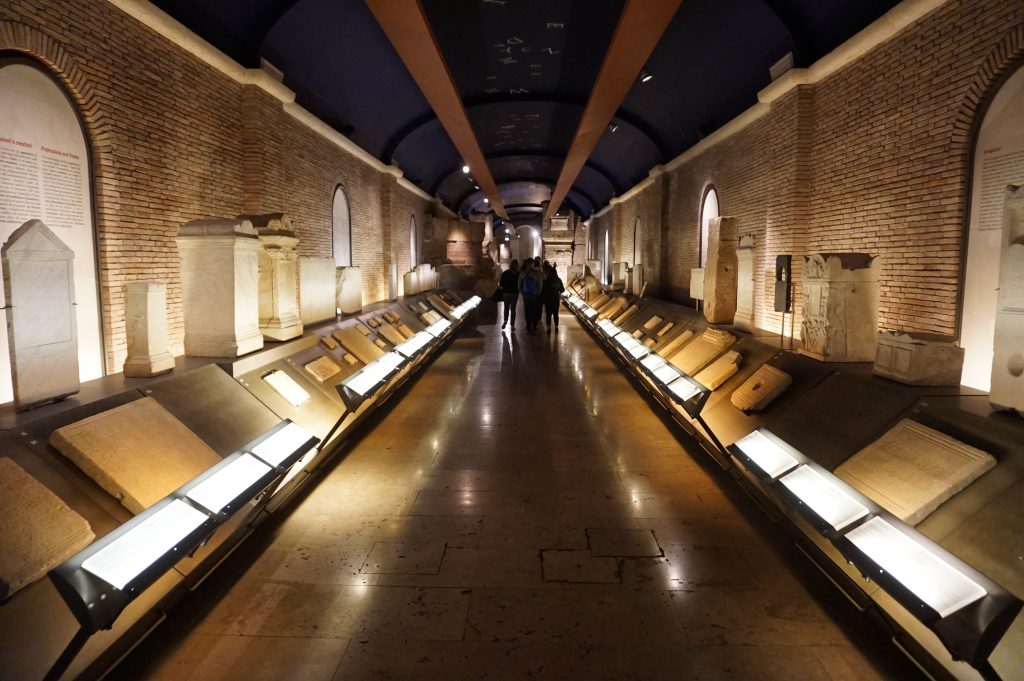 The basement corridor, called the Galleria Congiunzione, that connects the two sides of the piazza contains several artifacts, but it’s an exhibit in and of itself too. During construction, ancient Roman ruins were discovered there and the arches were left intact and uncovered so that visitors could see the construction.

Drag your mouse left and right to see a 360 degree view of one of the musei capitolini’s rooms.

The Conservator’s Apartment area was formerly used as an area for the magistrates. It now houses some famous works of art, but the rooms themselves would be worth exploring even without the added artwork. Like most European palaces I’ve toured, every square inch of the rooms, from floor to ceiling is elaborately decorated and fascinating to look at. 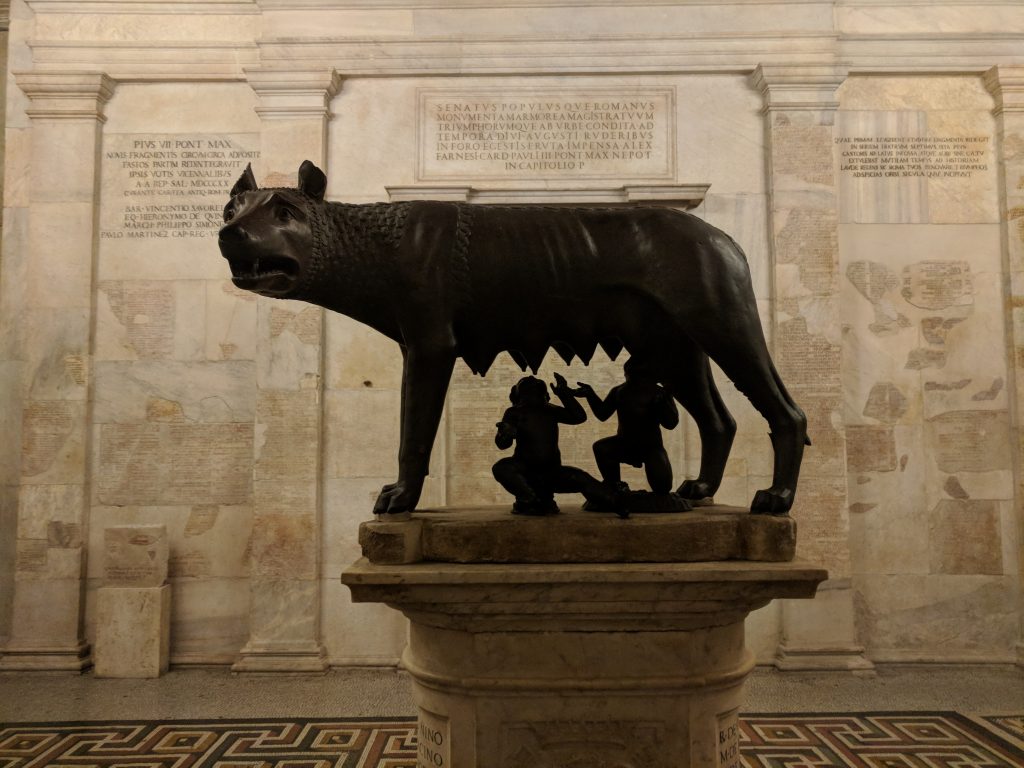 While exploring the Conservator’s Apartment, keep an eye out for the famous statue of the she-wolf nursing Romulus and Remus. According to legend, the wolf saved the twins and raised them as her own. Romulus is where the city of Rome draws its name from, so I guess you could say it’s pretty important. As you approach the entrance to the museum, you’ll pass a large statue of the emperor Marcus Aurelius. However, that’s not the original statue. It was moved indoors for preservation, and can be seen in the Palazzo Nuovo. 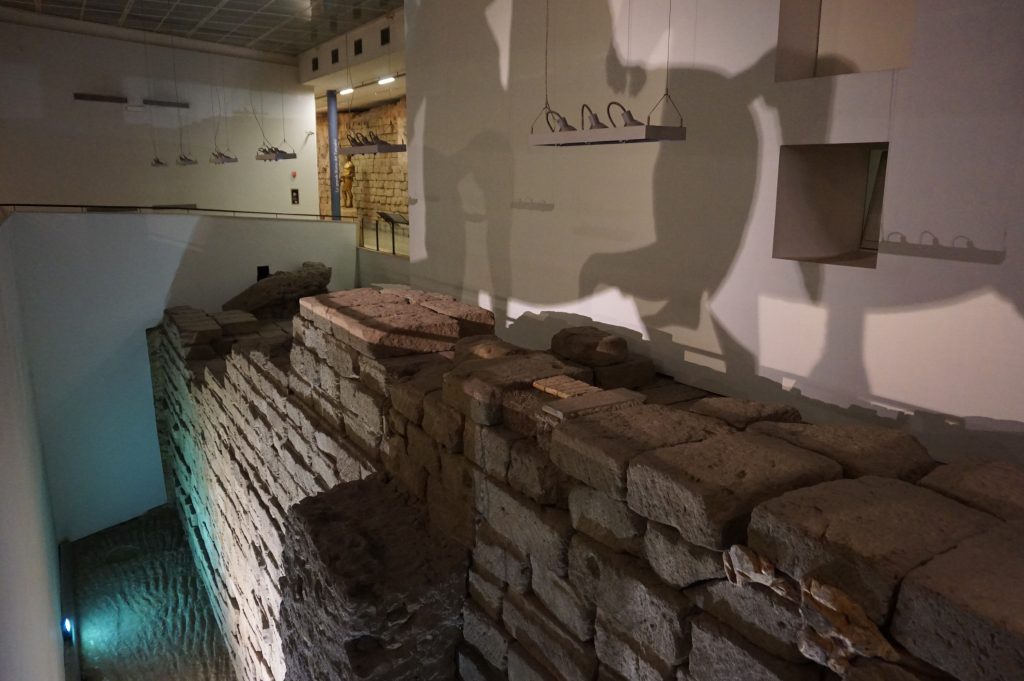 Near the statue of Marcus Aurelius, you can view excavated remains of the foundation of the temple of Jupiter. Even though there isn’t much of it left, it’s amazing to think about the sheer size of it. There are, of course, other galleries full of artwork, sculptures, and pottery. Make sure to spend some time exploring those too.

I spent about two hours there, though if you’re especially interested in artwork and sculpture from Greek and Roman times, I’d plan on a bit more. 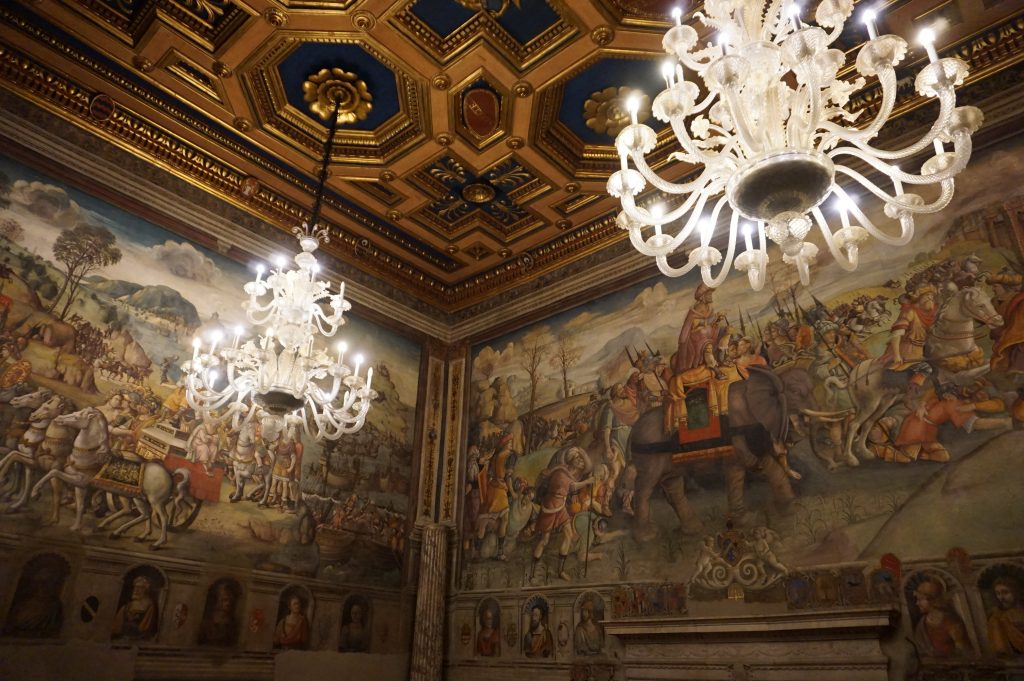 Admission cost and hours at the Musei Capitolini

Current admission (January 2018) is 15 euros for adults. There are reduced prices available if you qualify for them. The Musei Capitolini is also covered by the Roma Pass, which I used as one of my free admissions. Admission is free on the first Sunday of every month, though you can expect the museum to be extra crowded on those days. The museum also offers online tickets if you want to skip the line at the entrance.

Current hours are 9:30am-7:30pm daily. The Musei Capitolini is open seven days a week, except for specified holidays. Check their website for updates and a list of closures.

Getting to the Musei Capitolini

It’s incredibly easy to access the Musei Capitolini by bus. It’s located just a short walk up a hill from one of the larger bus hubs in Rome, Piazza Venezia. Several bus routes that run frequently stop there, so no matter what area of the city you’re coming from, you should be able to reach it fairly quickly. Once you arrive at the bus stop, take the street to the right of the Altar of the Fatherland (GIANT memorial, you can’t miss it) as you face it.

The Metro isn’t quite as convenient, as it’s approximately a 1 km walk from the nearest station, located at the Colosseum.

Looking for other things to do in Rome? Check out Castel Sant’Angelo. 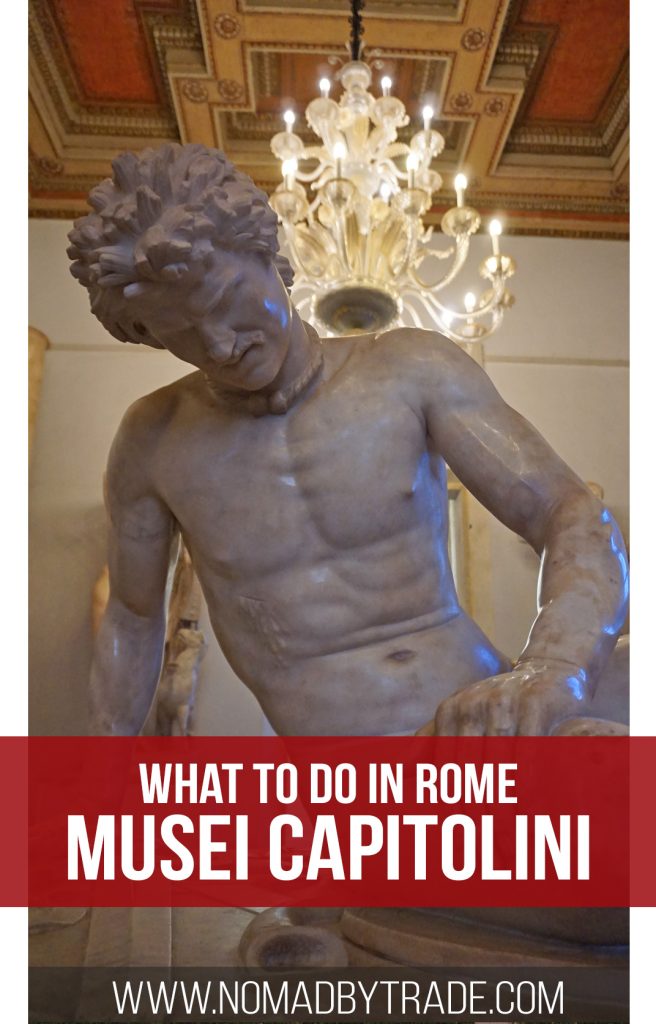 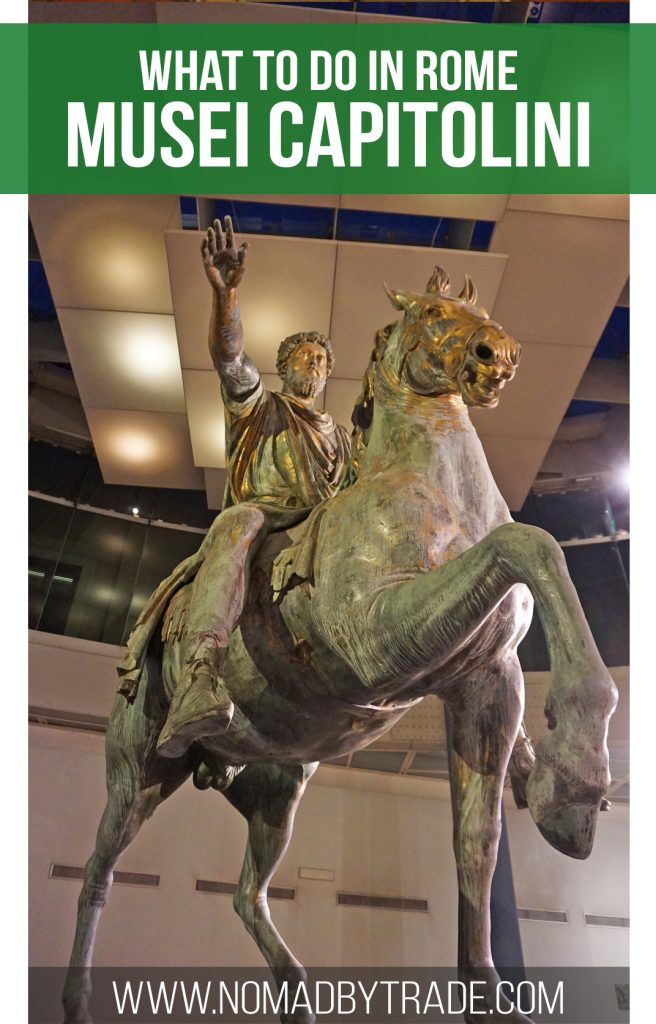 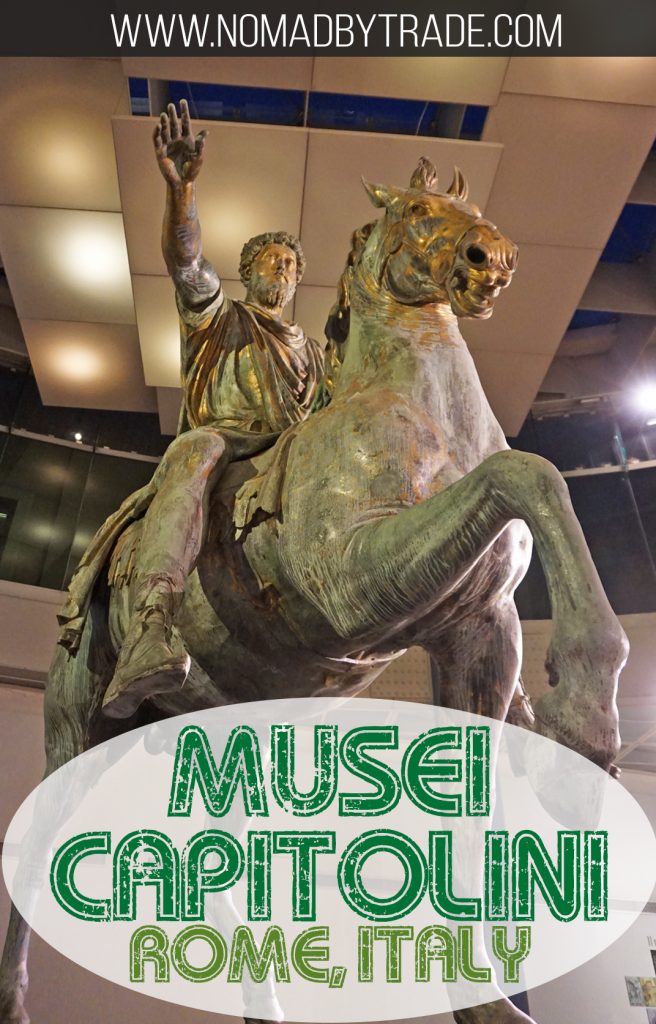