The Geysir area is one of the most iconic stops on Iceland’s Golden Circle route. Imagine spending the night in a room where you can see its most active geyser, Strokkur, erupting right from your window. That’s exactly what we experienced at the Litli Geysir Hotel in Haukadalur. The hotel doesn’t look like much when you approach, but the interior is beautiful and the service was top-notch. It’s a fantastic choice when you’re looking for affordable hotels near Geysir. I was supposed to be assisting with unloading the luggage from our car while my mom checked in, but I very quickly realized that we could see Strokkur erupting right from the parking lot. I promptly abandoned my siblings and set off with my camera to try to catch a picture of it across the road. I was even more pleased when we got to our room and looked out the window to find a view of the geyser field.

I took my shoes off and stood on the bed/in the window patiently waiting for another eruption. I did get a weird look from a guy walking outside, though it was probably justified. Watching and listening to a geyser erupting right from the hotel room is an unbeatable Icelandic experience.

Our room had three twin beds and a small bathroom. We had been expecting another person in our group when we booked, so the third bed was added, though it went unused. It was a very standard European hotel room, though I found it easier to find charging outlets than in some other hotels. I’m pretty low-key, so as long as I have a place to charge my gadgets, the wifi works, and the place is clean, I’ll be happy.

Taking a break from photographing geysers.

The bathroom was also very standard. After showering in water with a very strong sulfur smell the night before, we were quite pleased to have less aromatic water to bathe in here. It was also well-stocked with bottles of shampoo, conditioner, and lotion, which is always appreciated since I don’t generally pack those kinds of things. 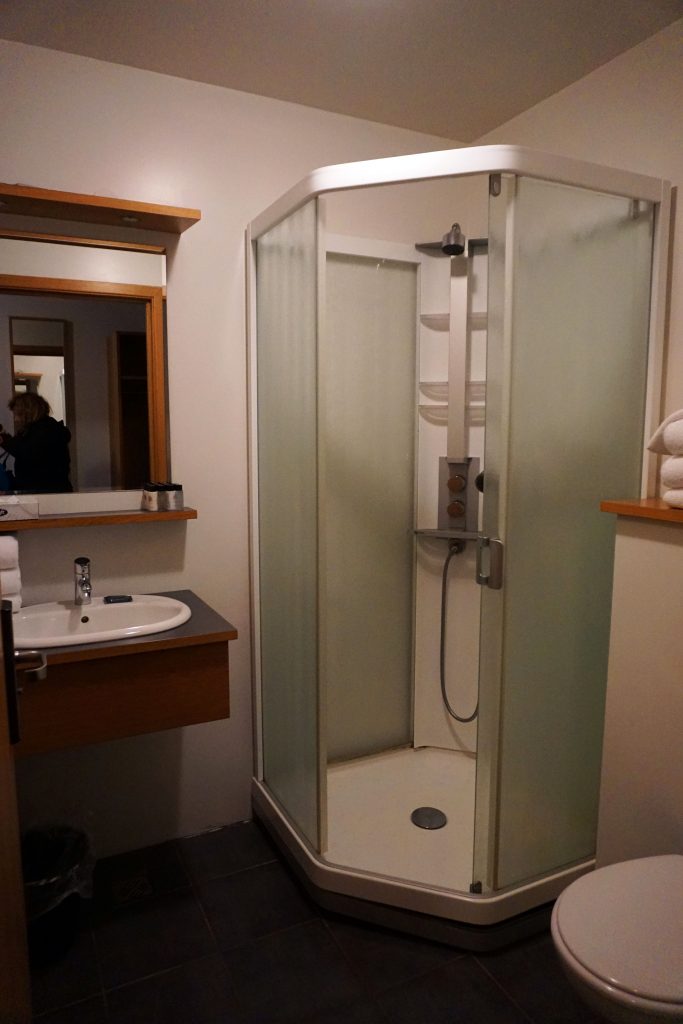 A good breakfast can make or break a hotel, and this was one of the better ones I’ve had. I can be a little picky with my breakfast foods, but there were plenty of great options to choose from at the Litli Geysir Hotel. There was a hot table with fried eggs, pancakes, and delicious bacon in addition to fresh fruit and lots of pastries. Did I mention bacon? There was a lot of it. There were so many delicious tea options that I couldn’t pick just one and had two separate cups with my meal. All of us left quite full after enjoying the view of the sunrise over snowy fields.

The Litli Geysir Hotel also has an on-site restaurant that we arrived too late to try. We did get a chance to have a drink and play some cards in the dining area after the kitchen closed, and we had a great time. We also met a friendly front desk host who gave us all kinds of great tips about things to see along the Ring Road where we were heading the next morning. 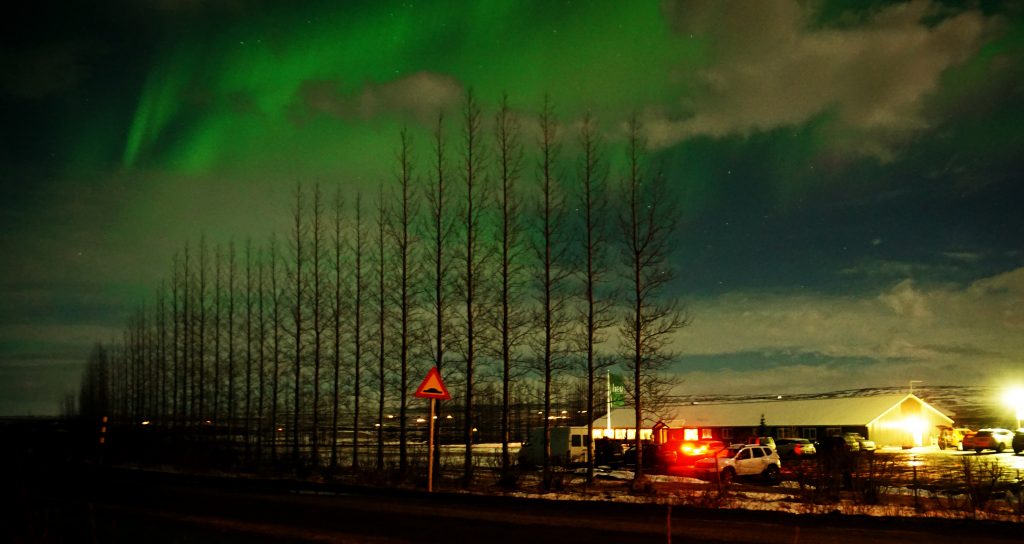 Ok, this isn’t really related to the hotel, but it just happened to be the scene of our first real glimpse of the Northern Lights. We were pulling into the parking lot after dinner when the sky began to light up and we grabbed our cameras – seriously, don’t go anywhere in Iceland without a camera. We got a real “show” as the beautiful green streaks danced across the sky. I ran across the road to use a short sign as a stable base for my camera since I didn’t have a tripod handy and was treated to several Strokkur eruptions under the aurora. As the lights began to weaken, the streaks overhead changed their path and gave a final flare right over the Litli Geysir Hotel before fading away. The Litli Geysir hotel is about two hours from the Keflavik airport, and a little less than that from Reykjavik. As you approach from the west, it will be on the right side of the street just after you pass the Geysir visitor center and the geysers themselves. It’s the perfect spot to spend the night after exploring the Golden Circle. Visit the hotel’s website here. 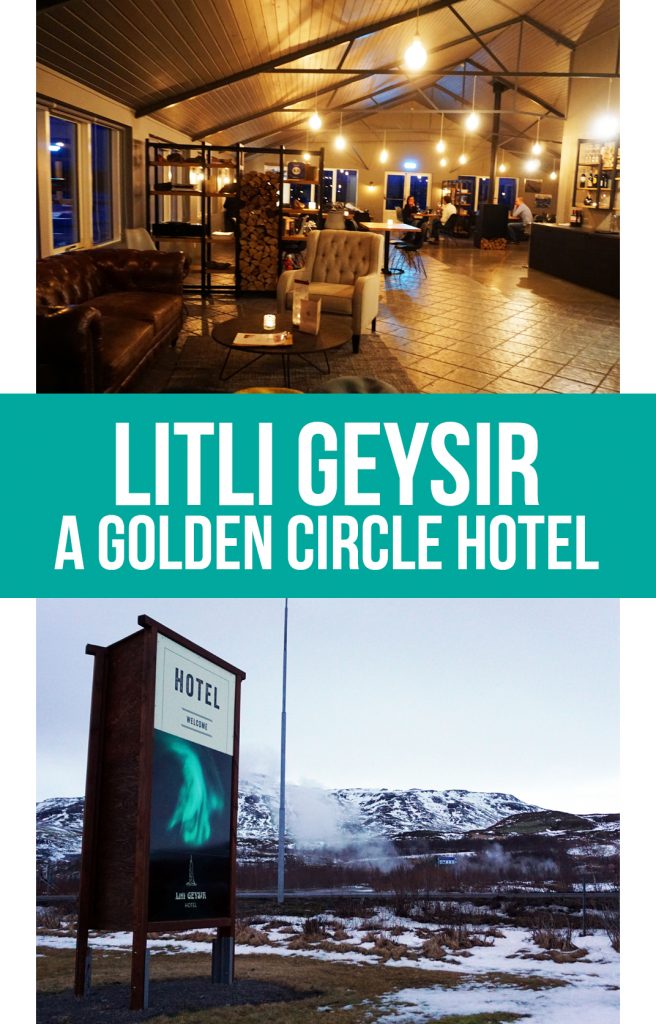