With cities pushing back against mass tourism, technology reshaping our world, airlines finding new ways to squeeze money out of fees, and social media influencers making destinations trendy with just a few Instagram pictures, there’s no doubt that the future of travel looks very different than its current state. I asked a group of travel bloggers to predict what the future of travel will look like over the next couple of decades. If you’re into changes sooner rather than later, check out this list of cool new planes you might be flying on soon.

Changes in communication will shape the future of travel

I think the biggest aspect that is going to change within travel is how we communicate. For decades, the way we’ve communicated with people has either been in English, or their own language. Who here is guilty of that being the former? I always try and learn at least a few words at a minimum (hello, goodbye, thank you and usually cheers!) in the native language but how will this change in the next few years? With technology expansion soaring into the space age – there are already tools on the market that will dramatically change travel, and communication in travel forever.

We’ve had google translate on our phones for a few years now, and inventive T-shirts where you can point to an icon of what you need. The next generation of travelers will be utilizing even smarter technology like the translator earpiece, already on the market for a few hundred dollars. Imagine a world where you don’t have to learn another language? You can communicate like normal and hear their responses in your native tongue. While something that facilitates travel and communication with other nationalities has got to be a positive step, I can’t help but think this will make us lazy and the benefits of learning at least a little of another language will be lost.

As someone who has been traveling for over 20 years, I’ve seen huge increases in tourism. The three key reasons are:

The world population has grown by 28% during that time

This growth is not sustainable. As a result, we’ll see the following changes: Opening of borders and changes in transportation

I am a hopeless optimist, and my views on the future of travel are optimistic as well, especially when it comes to lifting borders; I think in 10 years almost every country on the earth will open their borders to travelers. Imagine, no visas, no queues at embassies, no stress at customs!

As more people will start travelling, many hotels will move to the capsule system, which allows to accommodate more people in one place: after all, many of us just shower and sleep there. Traditional hotels will become more expensive to emphasize their exclusivity.

The interest for less known places will increase, unloading thus popular destinations, and high-speed trains will be used more often, because, unlike planes, they can stop at any station. These trains may even replace planes when it comes to journeys to neighboring countries.

Because of this tendency, air companies will switch to direct long-haul flights like, for example, from Europe to Australia. As the flights will be long, the planes will be re-arranged: more leg room and deeper reclining seats. Another possibility would be the capsule system: it will be considered if air companies can fit more capsules than seats. To ease travelers’ minds, every checked bag will be equipped by a tracker, and the bag owner will be given a code to track it.

As the Internet is already necessary as air or water, a global Wi-Fi and telecommunication network will be created, which means no need to buy local SIM-cards or any devices to access the web. All places of interest will offer free audio guides linked to their internal tracking system, so, instead of winding back and forward, the guide will start automatically when approaching a place of interest. To help overcome the language barrier, devices that translate simultaneously the speech of an interlocutor will be as common as smartphones.

These are just my guesses, but there is one thing I am sure about: gadgets and Internet will rule the world. 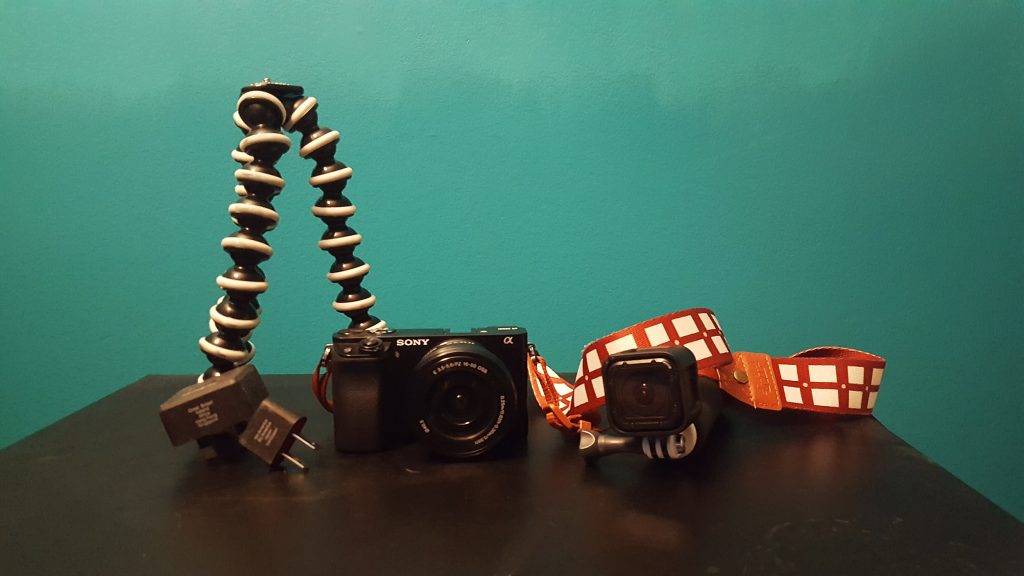 As a traveler who loves taking pictures, I envision technology to evolve in ways that will simplify this process. Travel photography can be tricky while on the road because there is a small window to capture moments on any given day. Sometimes, photographers struggle to get good pictures while balancing unexpected obstacles. For example, other tourists could be in the photo, the weather may not be ideal, or the timing doesn’t work because of a tight itinerary. There could also be limitations on where the gear can be set up to capture that perfect moment. While there are drones and action cameras to help capture memories, the setup process is still inefficient and time-consuming, thereby leading to missed opportunities to photograph the perfect photo.

Thus, I envision that technology will advance to make photography gear lightweight and easier to work with. For example, I believe that drones will reduce in size as technology advances. Ideally, drones will be so compact that they can fit in one’s pocket and become travel-friendly. Drones will also be able to suggest the best angles and locations to shoot from while in the sky. As well, these drones can use artificial intelligence to learn about the photographer’s style. Drones can then use this data to see what’s trending on the Internet and share real time inspiration with the traveler.

I don’t know if you heard it, but only recently Machu Picchu changed its opening hours. Tourists are no longer allowed to stay a full day inside the Inca ruins and will have to choose between either a morning or an afternoon ticket. Thailand closed down several islands in the beautiful Phang Na Bay and Venice is considering to limit the number and size of cruise ships allowed to dock.

All in all, it’s quite a safe bet to assume the future of travel will be severely limited, especially as it’s bound to get worse. Chinese and other BRIC tourists only just started to look beyond their borders, while most millennials in the US and Europe would rather travel than start with work right after university. Even now, some national parks (like the Galapagos Islands or Bwindi Forest in Rwanda) are only open to those willing to pay stately sums. There may come the day when seeing the top highlights around the world might (once again) only be possible for the rich and famous.

What do you think? What will borders, technology, hotels, and airlines look like in the future? What brand new technologies will we have that will revolutionize the industry? 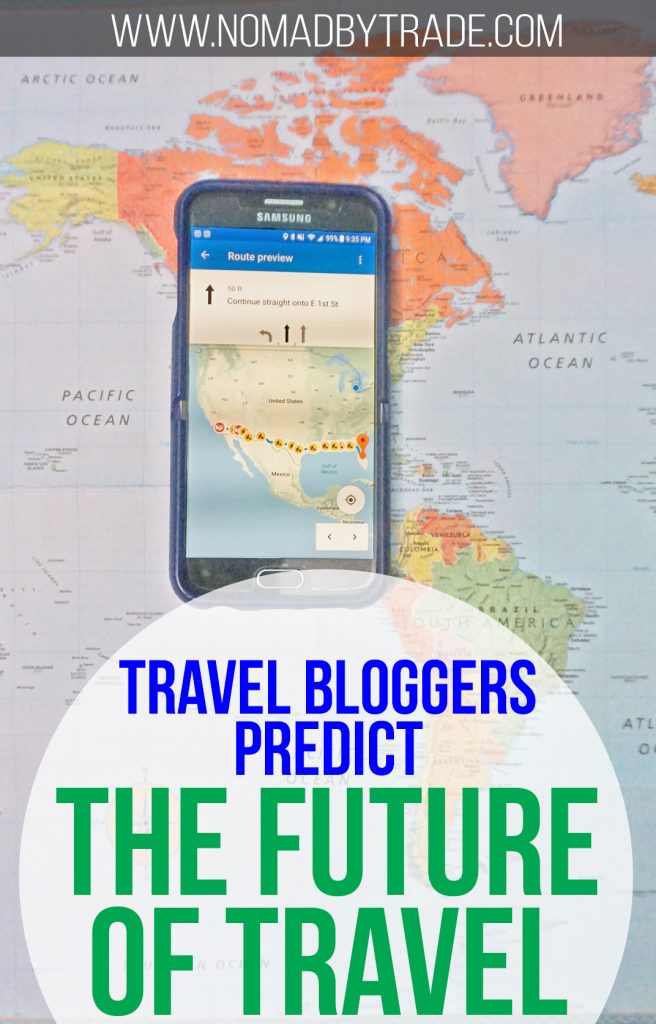 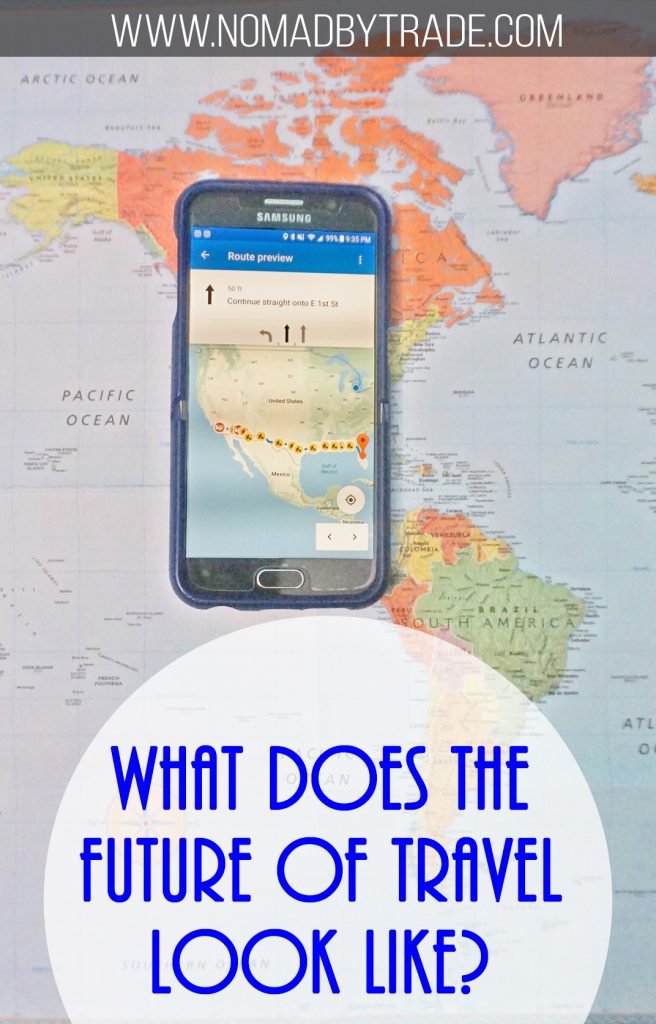