The Most Important FastPass+ at Every Disney World Park

Booking the best FastPass+ reservations is an essential step when planning a visit to Walt Disney World. Not all FastPasses were created equal, however, and it’s important to make the right choices when making your selections. I’ve put together a guide to the most important FastPasses at each Disney park. I factored in the popularity of the ride and the usual standby wait time along with my own personal preferences. Your choices will obviously vary based on your tastes and the people in your travel group, but here are my best recommendations for the best FastPasses to book

Note: This post contains affiliate links, and should you choose to make a purchase, I will receive a small commission at no extra cost to you. If you use an ad blocker, you may need to disable it for this site in order to see the product images. Seven Dwarfs Mine Train tops the list of best FastPasses for the Magic Kingdom. The Magic Kingdom’s newest ride routinely draws the longest wait times in the park. It’s a great family-friendly roller coaster – we even got my mom who is terrified of anything wild on it – that also features a unique swaying car system and some top-notch animatronics. On some late nights, the line will dwindle a bit, but if you want to avoid a long wait, you’ll want to Fastpass this one. Mine Train FPs book up quickly, especially during busy seasons, so be sure to grab them as soon as you can.

Your next two FastPass+ selections: Space Mountain and Peter Pan

Your Magic Kingdom FastPass strategy is  the most wide-open out of the four parks. With no tiers and the highest number of attractions available, you have tons of options to cater to your group’s interests. I always go with Space Mountain because of it’s usual long lines, though I’ve caught it as a walk-on at closing time a few times. Peter Pan always has an inexplicably long line. It’s my favorite out of the dark rides, but there’s no chance I’d ever stand in line for over an hour for it. While I much prefer the roller coasters to Peter Pan, you can usually get additional FastPasses for Splash Mountain and Big Thunder Mountain later on in the day, or hop on them with minimal wait late at night. Peter Pan’s line never dies down.

Don’t waste a FastPass on: PhilharMagic

I love this 3D movie as much as the next ’90s kid, but I’ve literally never waited in line for it. Even on the busiest days, you’ll find one of the shortest waits in the park here.

Read more about the Magic Kingdom in my Grown-up’s Guide. With a Guardians of the Galaxy roller coaster coming soon, this is sure to change, but at the moment, Test Track should be your top FastPass at Epcot. It’s the rare fast ride that my mom likes, and the outdoor speed run at the end is a blast. While it has a single rider line, even that’s been upwards of 45 minutes the last few times I’ve looked at riding that way, so a FastPass is the way to go. The other two rides in the top tier – Frozen and Soarin’ – provide different experiences, but have been easier to get on without a FastPass lately. Frozen could be a good option if you’re traveling with young kids because it doesn’t have a height requirement.

Your next two FastPass+ selections: Mission: Space and Spaceship Earth

Epcot runs on a two-tiered Fastpass system, so your next two will have to come from the lower tier. The second tier choices are pretty mediocre, unfortunately. I’d typically go with Mission: Space as my first choice and then pick Spaceship Earth since it’s hard to visit Epcot without riding that one. You’ll be able to ride all of the options in Tier 2 without waiting too long on most days, so your choices are less important.

This thoroughly forgettable collection of short films is the kind of thing you do when you get caught in a storm and you’re looking for a way to kill some time while it’s raining. Use your FastPasses on something else.

Read more about Epcot in my Grown-up’s Guide. The newest attraction at Disney World, this replacement for the Great Movie Ride (RIP) has been getting rave reviews from early riders. These passes are going faster than anything else in the app now, and wait times are guaranteed to be long. The main reason I, as a big Star Wars lover, didn’t pick Smuggler’s Run as my top choice is because it has a single rider line which can allow you to ride it with a shorter wait without using a FastPass. And, if you can’t get either of those options, Slinky Dog Dash is a great family coaster, and was my top choice for FastPass at Hollywood Studios until the new rides added theirs. Note that Rise of the Resistance does not offer FastPasses and there is no standby line. The only way to ride it is by getting there at park opening and using the app to get a Rise of the Resistance boarding group. If you’re successful, it does not count as one of your FastPasses, so you’ll still be able to use all 3 of your selections.

Your next two FastPass+ choices: Tower of Terror and Rock’n’Roller Coaster

When Smuggler’s Run began offering FastPasses, the previously awful tier 2 selections were reworked to include enough actual attractions that you might want to skip the lines for. The new FastPass tiers at Hollywood Studios include several great attractions, but my choices will always be the thrill rides. If you have younger kids or aren’t into roller coasters and drops, Star Tours and Toy Story Mania are both solid choices in this tier that you won’t regret.

MuppetVision 3D. Even on the busiest days, the wait for this show is usually negligible. To be honest, unless you’re going on the busiest of busy days, none of the shows here really need FastPass, but if you really can’t get the rides you want or don’t see anything available until later in the day, you can book an early show and then try to snag extra ones later.

Read more about Hollywood Studios in my Grown-up’s Guide and check out my extensive coverage of all the rides, food, drinks, and more in Star Wars: Galaxy’s Edge. 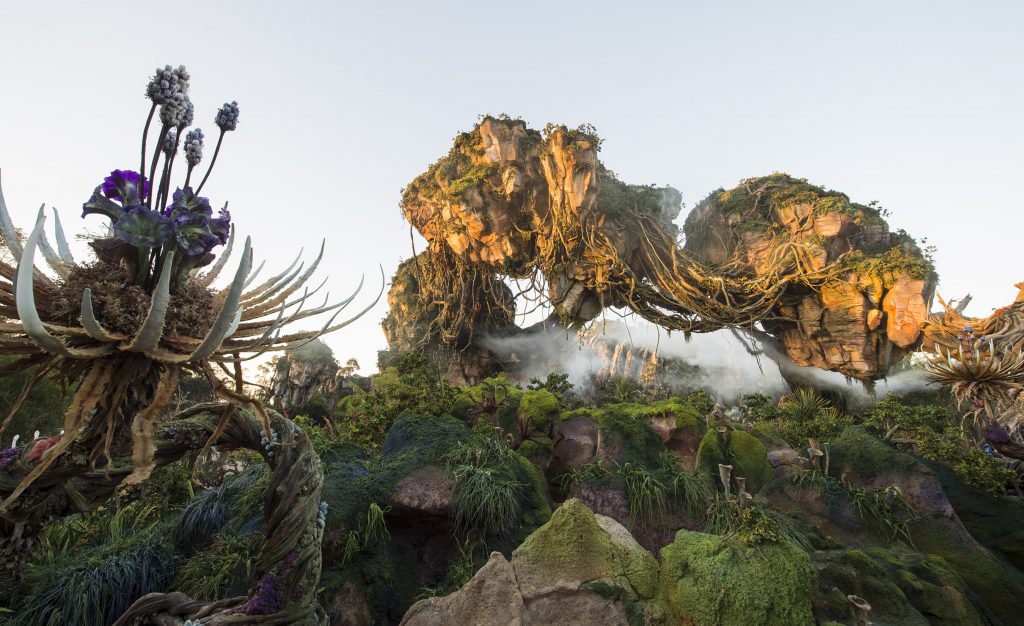 Your next two FastPass+ choices: Expedition Everest and Kilimanjaro Safaris

The opening of Pandora has thrown the Animal Kingdom wait times off a bit, but you can always count on Everest and the Safaris to draw lines. Everest’s unique backwards track section is one of my favorites, but if you’re not a coaster fan, you can swap this one for Dinosaur. Kilimanjaro Safaris is one of the park’s cornerstone attractions and no visit to Animal Kingdom is complete without a ride.

Don’t waste a FastPass on: It’s Tough to Be a Bug

The last time I was there, on a Saturday in July aka one of the busier times of the year, the Cast Member working the entrance to this show was practically begging people to enter the queue. The theater rarely fills up, and it would be a shame to waste a FP reservation on this.

Read more about Animal Kingdom in my Grown-up’s Guide.

Ready to book? Head here to start claiming your FP+ slots or log in to the WDW App! (You’ll definitely want to download that before visiting to save yourself hours in the parks.) If you don’t have your tickets yet, check out Undercover Tourist where you can save money on legit Disney tickets – they’re one of the few authorized Disney World ticket sellers and in addition to discounts they sometimes offer deals that include a free park day.

Keep in mind that if you book your FastPasses early in the day, you can start booking additional ones after using your first three. Tier one FastPasses are tough to get, but you can usually grab some of the less popular ones later in the day. As soon as I tap my Magic Band to enter the queue for my 3rd FastPass, my phone is out and I’m refreshing the app to see what I can get. I’ve used as many as 6 Tier 1 FastPasses in the same day doing this strategy. When I do this, I take the best option available when it first presents different time slots, and then go back to modify that FastPass and refresh the search several times to see if I can find anything with an earlier time or for a better ride. Of course, if you have multiple days at some of the parks, you can try to get different Tier 1 FastPasses for the 3 parks that have tiers, or go back and ride a favorite.

Agree? Disagree? Let me know which FastPasses are the best in the comments.

For more Disney tips, check out these posts: 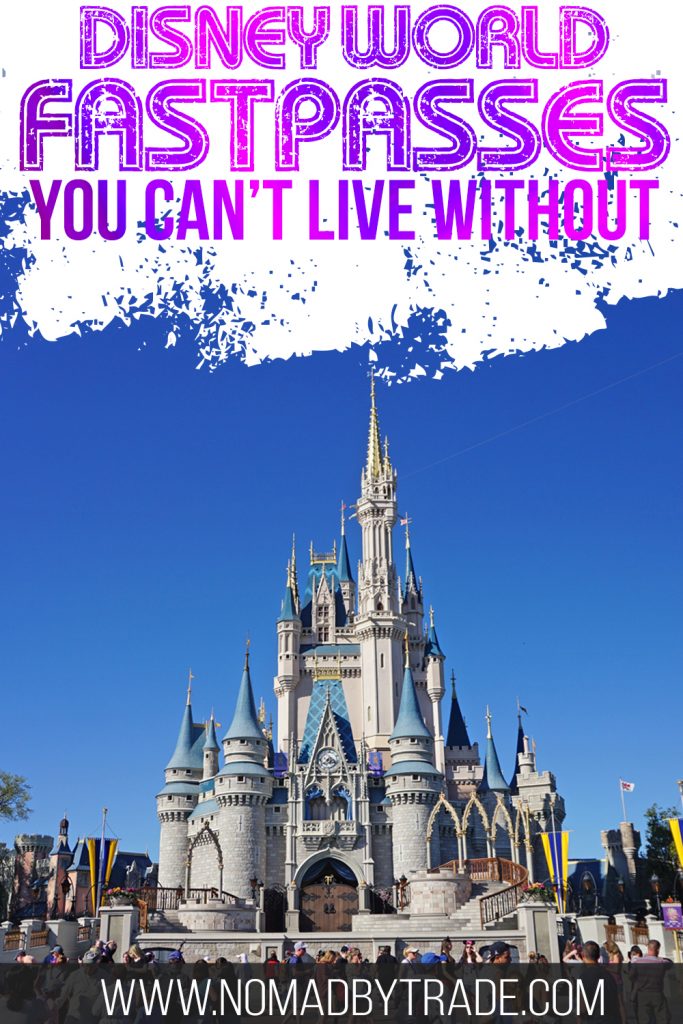