A Thank You to My Traveling Mom I’ve been traveling since I was a baby, and I owe much of my taste for adventure to my mom. Despite a reputation as a less-than-adventurous person and a lifetime of being teased about being a chicken at amusement parks (Sorry! – but not sorry enough to stop), my mom deliberately raised four kids who have no such qualms and eagerly do things like ride the tallest, fastest roller coasters, jump off cliffs into lakes, zip line, ice skate, and try just about any food. Whether it was holding our bags while we rode Millennium Force, taking our pictures as we ice skated in Vienna, or spending hours hanging out alone so my sister and I could go ice caving in Iceland, she’s always cheered us on in our adventures even if they’re a bit too much for her.

For a woman who didn’t leave the state of Michigan until she was a teenager – and even that was an accident thanks to her uncle getting lost – she certainly made up for it as an adult. I’m known for my business trip adventures, but she was doing it first. When she was sent to California for two weeks for work back in the ’80s, she spent her weekend out there renting a car and driving to Yosemite just to see it. When she was sent to Paris on another work trip (I thought I had it good, but no one has ever sent me to Europe), she brought her mom with her and extended the trip to visit Switzerland and Western Germany. The very first thing I did the first time I landed in Europe was head to Nymphenburg Palace and recreate a picture she took of my gramma when they were there. My mom in front of Notre Dame

When I planned a solo trip to Paris she and my sister ended up joining me, and it just so happened to be almost exactly 36 years after she’d been there with her own mom. It was so awesome for us girls to be there visiting many of the same places with our mom that she’d gotten to visit with her own. They visited the Eiffel Tower together, and so did we. They visited Notre Dame together, and so did we. And so on and so on. Of course, we also threw in a couple days at Disneyland Paris, which didn’t even exist back then and which brings me to my next point. Many of my childhood vacations were to Disney World. My mom visited for the first time before I was born and fell in love with the place. We visited almost every year growing up, with all but one trip involving a long 20+ hour car ride down I-75 each way. Not only were those trips fun, but they had an unexpectedly huge influence on me as an adult. That love of Disney inspired me to take a semester off college to do the Disney College Program in 2006. It’s been 14 years since I started there, and I still consider some of the other interns I met back then to be among my best friends even though we live in different states and only get to see each other sporadically. I returned five years later for another year and what I’m 100% sure will be the most fun job I ever have, plus another round of incredible friendships. That initial internship was the first time I’d lived more than an hour and a half from my parents, but it wasn’t scary because I was going to what felt like a second home. 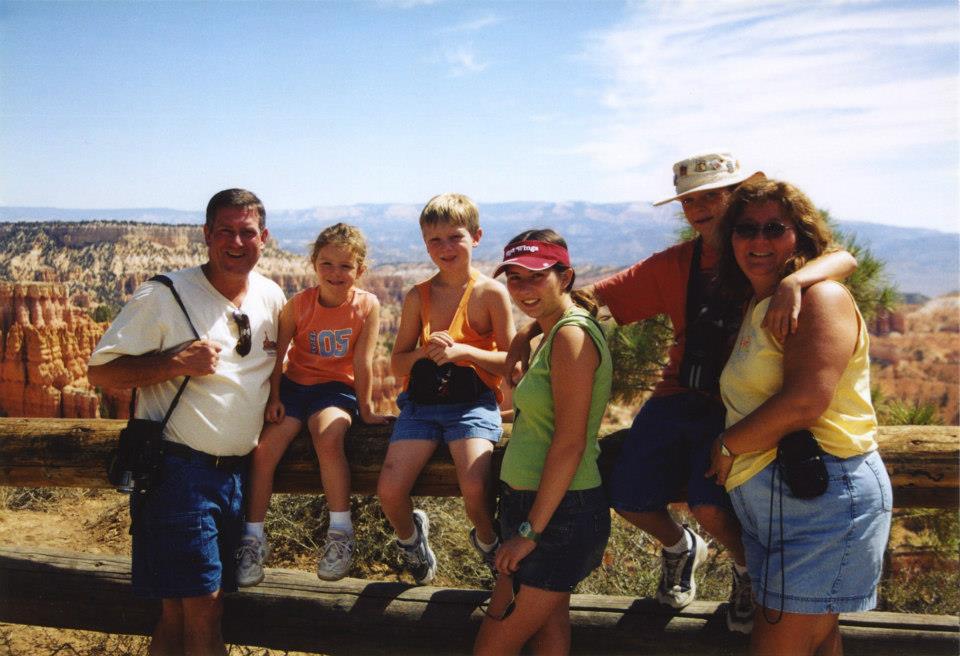 Our vacations didn’t stop at Disney though. Together, we road tripped around more than half of the United States. Always by car – flying a family of 6 is insanely expensive. Though my dad did almost all of the driving (and there was a lot of that), my mom was the one making the plans. She had the AAA guide books, TripTiks, lists of hotel reservations, and videos about places we were visiting from the library. By the time I graduated high school, I’d been to 40 states. We made it from Maine to the Grand Canyon and everything in between, all under her carefully crafted itineraries. We hit some of the United States’ most incredible National Parks and historic sites along the way. When I was 9, we visited Gettysburg and she bought me a book at the gift shop called Killer Angels – if you’ve ever read that, you know it’s not typically elementary schooler reading material – and it sparked a fascination with history that’s still with me. 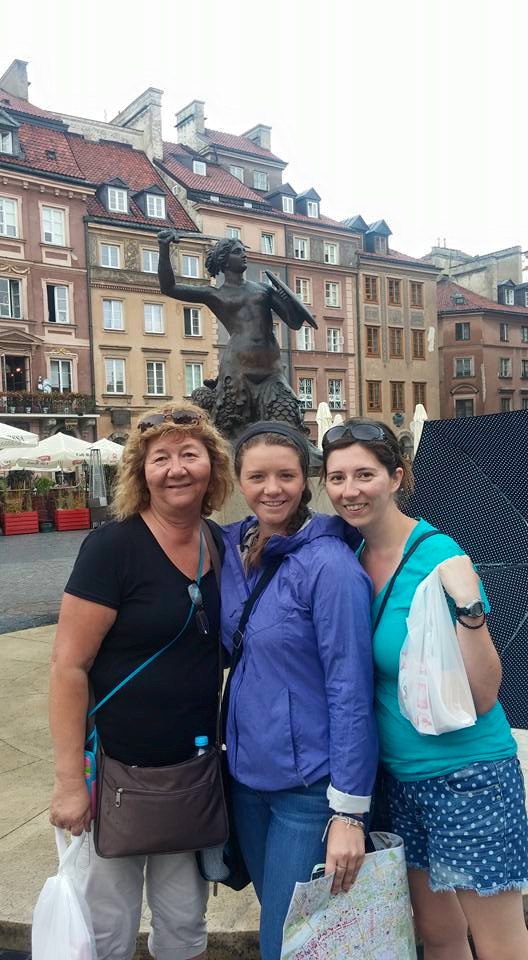 Despite the fact that our childhood travels were limited to the US (and a little bit of Ontario back before you needed a passport to cross the border), now that we’re all grown she’s developed a taste for international travel. In the last five years, we’ve visited more than a dozen countries in Europe together. The coolest one of those by far was Poland. My mom grew up speaking Polish with her grandmother, but hasn’t really had anyone to speak it with since my gramma died years ago. However, visiting Warsaw together and then Krakow a few years later, gave her a chance to actually use her language skills and have conversations with locals and a taxi driver who found her accent so good that he thought she’d been born in Warsaw and then immigrated to the US. And it wasn’t just big, elaborately planned vacations either. Growing up, our summer weekends were filled with camping trips around Michigan where we learned more outdoor skills than years of Girls Scouts ever taught me. We got dirty, cooked over the campfire, and swam in lakes all around the state. Sometimes we’d take trips up to Mackinac Island, and sometimes we’d just set up the popup in a local state park and hang out.

Starting when I was a baby, she began a tradition of taking me, and then all of my other siblings, to stay at the Bavarian Inn in Frankenmuth (a popular Michigan tourist town for those of you who aren’t from the state) for a weekend during hunting season when my dad was away. We spent so much time there that I jumped at the chance to book my wedding (which may or may not get to happen on schedule) there. I scanned dozens of photos for a slideshow on the wedding website and you can watch me growing up year by year scrolling through those pictures – my mom, my gramma, and me through the years. My last two big vacations have been with my mom. We did a whole family trip to – you guessed it – Disney World for New Year’s and last fall my parents and I visited London and Norway together. For that trip, my mom and I hatched our usual crazy plans and decided to fly over an extra day early (without my dad) to visit the Harry Potter studios without him. She’d read the books aloud to us as they came out, and it was already a special thing for us. So, we hopped a red eye flight, landed in London, dropped our luggage at the hotel, had breakfast, and caught a bus to the studio tour. Because that’s how we roll. On any given day, I’m not good at doing nothing, but my mom is the reason I can’t sit still on vacation. We’re not lay on the beach and relax people. We’re go-go-go, sleep when you’re home kind of people. And because of her, I don’t know how to travel any other way.

So thank you, Mom, for getting me out on the road and into the world and keeping it up for all these years. I love you!